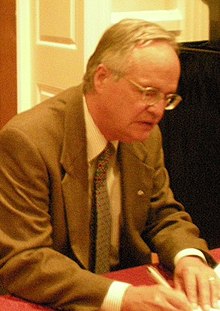 I used to think that the top environmental problems were biodiversity loss, ecosystem collapse, and climate change. I thought that thirty years of good science could address these problems. I was wrong. The top environmental problems are selfishness, greed, and apathy, and to deal with these we need a cultural and spiritual transformation. And we scientists don’t know how to do that. —Gus Speth, http://winewaterwatch.org/2016/05/we-scientists-dont-know-how-to-do-that-what-a-commentary/[1]

Consciousness is key. The mission is to embolden people to discover, connect to and pursue the song of their souls; the BIG dream; their sense of mission and purpose–and assist them with the support necessary to bring their dreams to fruition. The underlying theme is that we CAN change the world and we must take ownership of and be accountable to our role as co-creators. Together we can save the world and “dream” a new world into being. —https://www.sustainabilitynow.global/about-us/

Around the world, people are waking up to the reality of our current human plight, and the fact that it doesn’t have to be this way. It is within our power to create the future—and to do so now. The good news is that there are solutions to the climate crisis, the biodiversity crisis, the toxic waste crisis, and even the water crisis. We can restore the Earth, and restore the climate, and transform our economy into one that favors life.

This is not pie in the sky. Humans collectively are generally smarter than the systems they have created, so we can change them if we choose to. We can design intelligence, thoughtfulness, and wisdom into new systems that can serve us better than the old ones.

It’s true that “we need a cultural and spiritual transformation,” but we can even do that, not so much as an “in order to” fix the planet, as an opportunity to discover ourselves newly as offspring of the Earth, and to move naturally into reimagining and recreating the future. The idea of “dreaming a new world into being” may seem vague to some, but in truth, it’s the only way to do it: we need to conceive of a new future before we can make it a reality. The deceptively simple message of Possible Planet is that we live in an Age of Possibility—and that it is up to us to shape the future we want it to be.

Indeed, it is the “possibility of possibility itself” that gives rise to all vision and all transformation. You are invited to begin from wherever you are—socially, spiritually, financially—to explore your highest aspirations, for yourself and for others. We are all in this together. The wealthy may be able to protect themselves better than the rest of us, at least for a while, but they too increasingly recognize that the challenges we face are literally existential ones. So how do we come together to face these global challenges?

We do so in part by recognizing that these challenges also represent the greatest possibility and opportunity in human history. We have the possibility of rethinking how all of our systems work, because one by one they are failing us, and we need them to serve us rather than forcing us to serve them. We have the possibility of reconciling our divisions, though that may sometimes seem unachievable. We also have the greatest economic opportunity in all of history, to redirect our activities from the extraction economy to the economy of restoration, reconciliation, and regeneration for all of life.

In practical terms, we work to transform finance to serve the needs of the regenerative economy. We cannot advance without investing in the future today. Our area of focus, assessment-based financing, has enormous potential for transforming the world. One at a time, we can transform our buildings and lands into ones that absorb more carbon than they emit. In doing so we can create jobs, jobs worthy of human beings, not ones that demean and diminish them. We can revitalize cities, restore rural areas, and create not only more wealth than the world has ever known but more wealth than it has ever imagined. We even have the financing at hand. What’s stopping us from doing so is simply a lack of information and of understanding, which can be overcome by education and communication.

What’s exciting, then, is to see the emergence of new ideas, new expressions, and new kinds of organizations that can communicate hope and create possibility. Of course, hope alone is a necessary but not a sufficient condition to bring about radical change. Here are some of the things that we’ve seen and experienced lately that convey not only a message of hope but also pathways, directions, and some practical demonstrations of change:

Ranging from new hippies to central bankers. If enough people continue to awaken from what the Pachamama Alliance calls “the dream of modernity,” it is inevitable that things will change. The question is whether they will change fast enough. That’s up to us, all of us.

So what does this have to do with the Atlantis story, you ask? As long as there was still hope, I believe we continued to pursue our efforts to awaken the people of the island to the dangers they were facing—Victoria as a spiritual dancer, I as her protector. Today we dance again, this time as followers of the path of Azul, with the free spirit of our friend Erica Wood as our guide.

I am unsure as to what to make of this. I enjoy abandoning my body to the rhythms and ideas that she shares with us on a weekly basis. It is the closest thing to what I am willing to consider prayer, though I disdain the word. If by “prayer” we mean beseeching some entity outside of time and space to intervene in our worldly affairs, it’s hard to view that as anything other than superstition. But if it means opening ourselves to the unfolding of the universe as a field of forces within which we exist and operate, then I am willing to consider it as a welcoming of the forces of life, of the mysterious matrix which has breathed us into existence.

I do not believe that our dancing will free the spirit of the Earth to arise in all of us. But our words may—since reality is a social creation. If together we think that a new world is being born then it is already arising within us.

[1] James Gustave “Gus” Speth is Senior Fellow and co-chair of the Next System Project at the Democracy Collaborative. In 2009 he completed his decade-long tenure as Dean, Yale School of Forestry and Environmental Studies, and joined the Vermont Law School in 2010. From 1993 to 1999, Gus Speth was the Administrator of the United Nations Development Programme and chair of the UN Development Group. Speth has served as a senior adviser on environmental issues to Presidents Carter and Clinton. His latest book, the 2014 memoir Angels by the River, traces his path from mainstream environmental insider to a champion of fundamental systemic change in our political and economic institutions. (Source: https://thenextsystem.org/gus-speth)